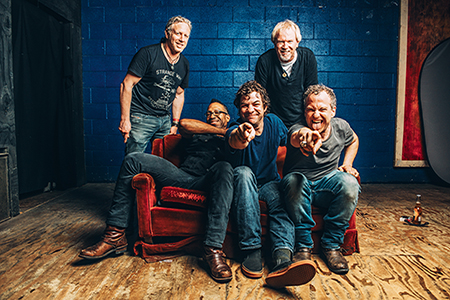 For more than 30 years, Dean Ween has been best known as the guitar slinging partner of Gene Ween in the international cult band Ween. The Deaner has contributed to numerous projects helmed by his close friend Josh Homme including albums by Queens Of The Stone Age, Mark Lanegan and The Desert Sessions as well as working with Yoko Ono, Ben Vaughn and many others. The Dean Ween Group includes touring Ween members Claude Coleman Jr., Dave Dreiwitz, and Glenn McClelland as well as Bill Fowler.