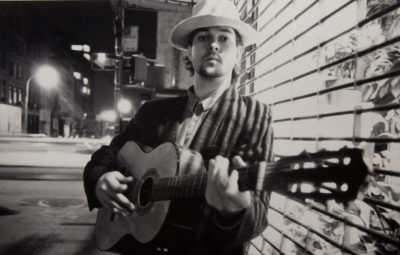 Chris Harford is a self-taught American singer, songwriter, guitarist and painter. The New Yorker described him as “…A singer, guitarist, and songwriter who rose through the local club scene in the nineteen-eighties, Harford operates in the free zone outside rock’s usual categories. He has a foot in country, a hand in seventies rock, a toe in folk, a finger in post-punk. With his gruff but plaintive voice and his fondness for muddied-up guitars. Harford’s backing band, The Band of Changes, is a revolving door concept which has included notable musicians such as Kevin Salem, Jane Scarpantoni, members of Ween, Scott Metzger, Robert Seahag Mangano, Joe Russo, Eric Slick, Richard Thompson, and Michael Hampton.