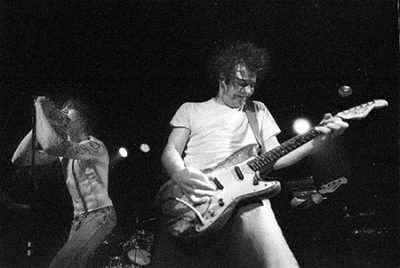 Moistboyz is a band founded by Mickey Melchiondo Jr. (guitar) and Guy Heller (vocals). In the spirit of Melchiondo’s other group, Ween, the two have donned aliases. Melchiondo is known as the character Mickey Moist and Heller as Dickie Moist. Members include: Jeff Pinkus, formerly of Butthole Surfers, and Nick Oliveri of formerly Queens of the Stone Age, Dave Dreiwitz of formerly Ween as well as members of Sound of Urchin Bill Fowler and Chris Harfenist.