View cart “Chris Harford “Looking Out For Number 6”” has been added to your cart.

oistboyz first started recording in 1992 as a part-time project of Guy Heller (False Front) and Mickey Melchiondo (Dean Ween of Ween). Originally released on Beastie Boys’ Grand Royal label, the albums are pure, unadulterated rock’n’roll, not unlike the Stooges albums, and sound as dynamic in 2007 as they did on their original release, with MOISTBOYZ II described as “…a devastating first-person critique of everything that makes America grate. Particularly effective are “Lazy And Cool”, and the hysterical, punk- rock amphetamine anthem “Crank”, featuring a grimly evocative knife-grinder solo. Scary…” by Andy Gill in The Independent upon its original release.

Moistboyz I & II contains both EPs that were originally released separately by Grand Royal the Beastie Boys defunct label.

Be the first to review “Moistboyz “I&II”” Cancel reply 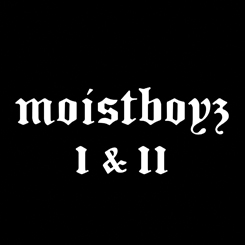