View cart “Chris Harford “Looking Out For Number 6”” has been added to your cart.

Vapors of Morphine honours Mark Sandman’s legacy by blazing musical paths in new directions. A restless spirit, Sandman headed several bands in different styles, some of which shine through Vapors. The influence of Southern American music is heard in Lyons’s swamp-tinged treatment of traditional songs. Colley’s processed saxophone — testing the upper limits of low rock and blurring the line between wind instrument and electric guitar — continues the Morphine tradition of sonic exploration. And the group’s arrangements of African guitar music bring to mind the variety of world music one experiences walking around the multicultural Central Square, Cambridge, where there is a corner named for Mark Sandman.

Vapors of Morphine October 2021 East Coast tour as well as a European / Russian tour to be confirmed soon.

The Band:
Dana Colley: Baritone and other saxes, vocals on Golden Hour
Jeremy Lyons: Guitars, basses and other stringed instruments
Jerome Deupree: Drums on Side A
Tom Arey: Drums and percussion on Side B 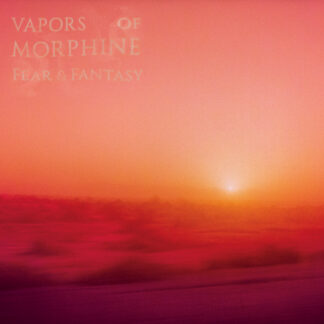